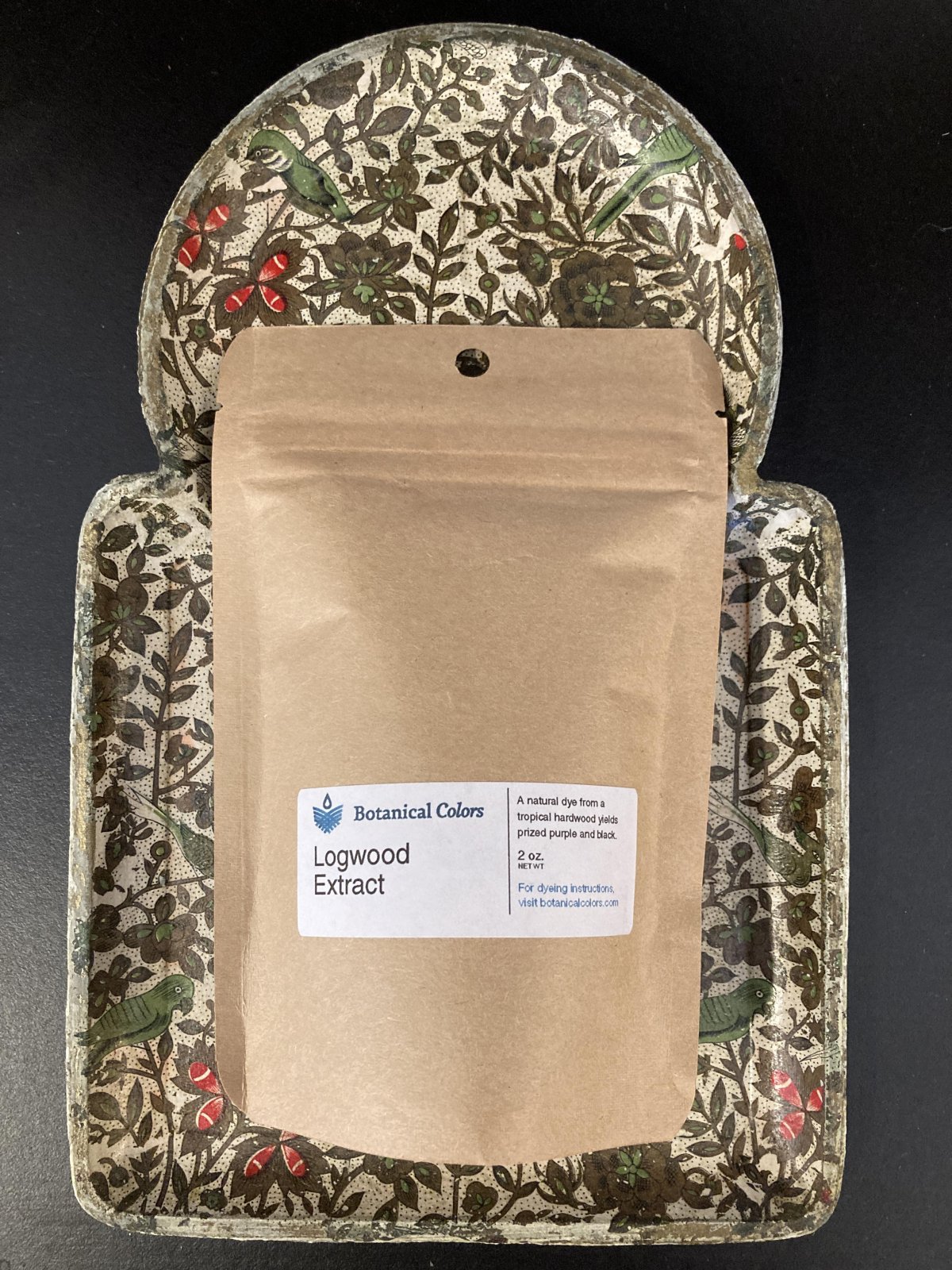 Logwood Extract–Logwood (Haematoxylum campechianum) originates from the Yucatan region of Mexico. It is naturalized throughout Central America and parts of the Caribbean. It was also known as Palo de Campeche or Campeche wood. Like cochineal, logwood extract was one of the valuable dyes from the New World. As a result, Spain and England went to war over regions that were lush with logwood trees in an effort to control the lucrative logwood dye trade.

Logwood yields a rich, deep purple and was used as a base or “bottom” for the desirable dark purple and black colors of European fashion and aristocracy.  It was in such high demand that in the 18th century, nearly all black dyed cloth was colored from Logwood. We use it today as a traditional textile dye, a laboratory stain and for dyeing sutures. Logwood by itself is not particularly lightfast, so keep from bright sunlight. Its lightfastness increases and the color darkens to a near black with added iron. In addition, if your water is neutral or acidic, a little soda ash in the dyebath will enrich the purple tone on wool and silk fibers. We carry a superior grade of logwood extract from managed plantations that produces rich purple shades. In powdered form.